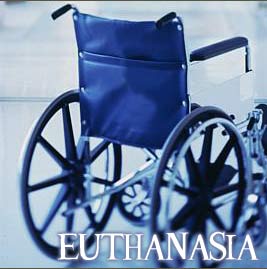 For those of us seeking to expose the fallacy of so-called “mercy killing,” the state of play just got trickier. With several recent failures to pass euthanasia bills in state parliaments, euthanasia advocates in South Australia have tried a new tack.

They have proposed a law which would protect doctors against a charge of killing a patient through the administration of drugs requested by the patient. The killing of the patient would be regarded in law as a “reasonable response” to the patient’s request.

Doctors from the “Medicine with Morality” coalition oppose the proposed law, saying:

There is a clear demarcation between giving good compassionate medical care as currently practiced to the very end of a patient’s life, and deliberate interference or assistance for the express purpose of ending that life.

It is intrinsically (not to mention professionally) wrong for doctors to kill their patients. Laws that seek to undermine the proper role of doctors to uphold the value of life in all circumstances must not be enacted. Australians do not want physician-assisted suicide.