The experience of suffering and grief in the life of G. H. Morling 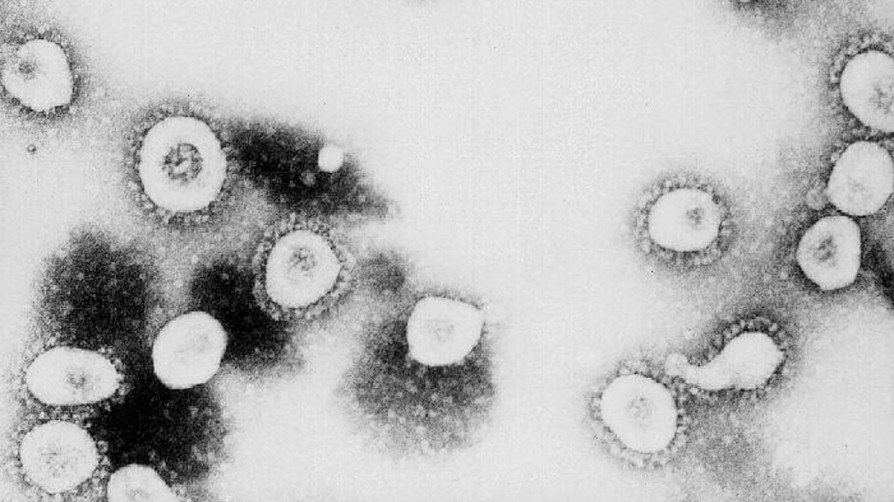 Bush fires aside, the year 2020 was supposed to be a good one. A new year, a new decade, the year number itself a virtual palindrome – what could go wrong? And then Covid-19 stepped in, no longer a far-off disease in distant Wuhan but on our shores, and possibly in our streets and homes and lungs.

I recall the moment when a social media friend chillingly announced, “It’s here.” And as I type, there are a reported 5,744 confirmed cases of Covid-19 in Australia, with 299,000 tested and 36 deaths. Globally the figures stand at 1,252,000 confirmed cases and more than 68,000 deaths. Millions of people now find themselves unexpectedly unemployed, hundreds of millions are in lockdown, national economies teeter on the brink of collapse, and police and military patrol suburban streets to enforce new laws preventing most travel and socialising.

Our world is reeling from the impact of sudden and profound social change, unexpected and severe suffering, and deep uncertainty about what the future holds – tomorrow, next week, next year. A pervasive sense of fear overlays our daily activities, stoked by increasingly alarming official statistics, media speculation and social media opinion and misinformation. It’s like being at war with a superpower: it seems as though we are poorly prepared, no one is safe, and the enemy is invisible.

Among other things I am a theologian and amateur historian. In this and subsequent posts I plan to explore the problem of suffering from a theological perspective, and reflect on the thought of Australian Baptist leader G. H. Morling as it pertains to evil and suffering. I’ll be asking, “What did George think?” and “What did George do?”, and offering a historical perspective on our contemporary responses to suffering and grief brought about by the coronavirus and measures to fight it. Morling’s thought is the subject of my current PhD thesis, although his thought on suffering does not feature in the work.

According to theologian Philip Kennedy, the most intractable theological problem throughout the twentieth century – and, we might add, the first two decades of the twenty-first – was not secularisation, the lure of consumer capitalism, a loss of confidence in the trustworthiness of Scripture, the postmodern blossoming of radical intellectual scepticism, the sexual revolution, or the Jewishness of Jesus – but suffering: “the misery and degradation wrought by violence, warfare, greed, poverty, disease, starvation and indifference.”[1] I suspect he may be right.

When faced with the news, threat or personal experience of suffering, people respond in various ways. Some quickly lose hope and give in to resignation and despondency. Some pretend it is not happening, trying to shut themselves off from unpalatable news and thoughts. Others ask, “Why me? Why now? What caused this evil or suffering?” Still others ask, “What is it for? What does it teach me?” And still others (possibly a majority of us) simply ask, “What must I do now?”

Plenty of digital ink has been spilled in attempts to answer those questions. New Testament scholar N. T. Wright, for example, recently surprised many readers of Time magazine when his article was published under the title, “Christianity offers no answers about the Coronavirus. It’s not supposed to.”[2]

For the record, I enjoyed reading the opinion piece and concur with Wright’s main points, although many other readers have expressed an opposite reaction.[3] Wright does tend to polarise. He writes, for example, “No doubt the usual silly suspects will tell us why God is doing this to us. A punishment? A warning? A sign? These are knee-jerk would-be Christian reactions in a culture which, generations back, embraced rationalism: everything must have an explanation. But supposing it doesn’t?”

Among other things, Wright suggests that we should not rush to the task of identifying theological explanations for the present pandemic (let alone, I might add, share barely relevant proof-texts online), but rather embrace the Judeo-Christian practice of lament. He concludes:

It is no part of the Christian vocation, then, to be able to explain what’s happening and why. In fact, it is part of the Christian vocation not to be able to explain—and to lament instead. As the Spirit laments within us, so we become, even in our self-isolation, small shrines where the presence and healing love of God can dwell. And out of that there can emerge new possibilities, new acts of kindness, new scientific understanding, new hope. New wisdom for our leaders? Now there’s a thought.

But that is not all we should do. Some of us respond to adversity by engaging in deep thought, and writing about what we are thinking, giving voice to questions, dilemmas, hunches and observations. That is, in fact, what I believe N. T. Wright was doing in that opinion piece. It certainly wasn’t lament! Others of us feel a profound need for activity, purposeful action, perhaps a compulsion to rescue, support or nurture those in need.

Both responses are valid (as is the practice of lament), and both are necessary and will continue to be needed as events rapidly change and new challenges arise from day to day. In this article, and subsequent articles in the series, I’ll be writing about the thinking task; you should feel free to read my reflections if you wish, or to do what lies before you in terms of thinking, writing, rescuing, nurturing, and supporting those in need, to the extent that lockdown laws apply.

George Henry Morling was born in Sydney in 1891. A school teacher deemed physically unfit for military service in World War I, and who subsequently trained in Melbourne to become a Baptist minister, he came to the rescue of the Baptist Theological College of NSW (now known as Morling College) when it was in dire straits after just four years of operation. He served as Principal for an astonishing 40 years, retiring in 1960. He died in 1974. What can Morling, a lifelong bookish academic clergyman, teach us about evil, suffering and grief? What right does he have to speak into this aspect of our personal and communal lives?

First, Morling was well acquainted with grief. By his own admission, his childhood was marked by “nervousness,” irrational fears, and a speech impediment.[4] Reflecting on his early life in 1951, he writes:

I carried from childhood into riper years a legacy of nervous weakness. In early years I was beset by debilitating fears. There were the usual distresses associated with a highly sensitive nature; and there were others beyond the ordinary. I had eerie experiences of going off into nothingness which filled nights with dread… I emerged into normal physically healthy youth and manhood and tendencies to nervous imbalance remained. Life education for me has meant largely the control and correction of these elements of my inheritance.[5]

Morling also suffered from recurrent gout. Moreover, despite a hectic schedule of teaching, mentoring and public speaking in Sydney and throughout Australia, and occasionally overseas, he was frequently incapacitated by physical illnesses that took him weeks from which to recover.

Those nearest and dearest to him also suffered serious illness and injury. His older brother William died in 1936, aged 48, after a long illness. His son, also named William, served as a Royal Australian Air Force LAC, and was seriously injured in an aircraft accident in 1943, but appears to have fully recovered by February 1944.

The 1960s delivered profound suffering and grief. Like Job in the Old Testament, Morling saw, one by one, several of his family members taken by illness. His beloved wife Gladys died on 31 August 1961 after a long illness, possibly cancer. In his journal notes for that day, Morling wrote,

Gladys died at 12.55pm at Bethel. I prayed that the heavenly Father would be kind to her – and He was. There were several ‘small’ providences. The tender care of the nursing staff, especially Matron Holland and Sister Saville. The sedation on going to Bethel and during the ten days of her stay. The rapidity of the physical decline. My presence for the fifteen minutes before she died. For all I do thank the Heavenly Father.[6]

His daughter Elaine was diagnosed with cancer in 1964, and her health rapidly deteriorated. In January 1965, Morling himself suffered a series of cerebral haemorrhages (strokes), and was reported to be “near death.” His friend and colleague Ron Rogers writes, “As he clung to life his daughter, Elaine, died.”[7] She was aged 45.

Morling’s other daughter Dorothy was also diagnosed with cancer in February 1969, dying on 25 October aged 51. In his journal, on hearing news of Dorothy’s illness, he wrote:

What does God ask of me in the way of this adjustment?

There were further entries along similar lines on three consecutive days. He then seems to have largely accepted the new reality and returned to his usual patterns of thinking, praying and working. But on 17 August Morling recorded a long entry in his journal, suggesting an inner struggle regarding unanswered prayer and inner restlessness:

A reappraisal of the situation in which I find myself because of Dorothy’s illness:

In respect to Dorothy –

My attitude about Dorothy in this.

I will return to these private records of Morling’s thoughts in later posts.

Morling lived for almost five years following the death of Dorothy. There were also two sons, Gordon (1922–2008) and Trevor (b. 1927), who far outlived other family members. Following a fall in January 1974, in which he damaged several vertebrae, Morling was admitted to hospital and then placed in a recovery ward at Waldock, the Baptist geriatric hospital. On 14 March he was again admitted to hospital after a thrombosis cut off blood supply to his left leg. Nothing could be done to save the limb, and it was amputated. Rogers writes, “He went down hill rapidly and mercifully on 8 April death supervened.”[10]

This account of the suffering, grief and loss encountered by Morling merely touches the surface of his life, relying on what he chose to write in his journal and what others have written about him. There may have been other serious illnesses, emotional and spiritual suffering, and existential angst of which we know nothing. What we can say is that Morling was well acquainted with grief, and its associated burdens, and his mature understanding of evil and suffering was forged, from an early age, on the anvil of personal experience.

In subsequent posts I intend to expand on what I have said above, and discuss Morling’s thought on the presumed causes and purposes of suffering, the notion of divine providence, the relation between God’s will and our own, and Christian responses to suffering.

Rod Benson is a Baptist minister and Research Support Officer at Moore Theological College, Sydney. This article may be freely reproduced in any form provided that proper attribution is made to this website.