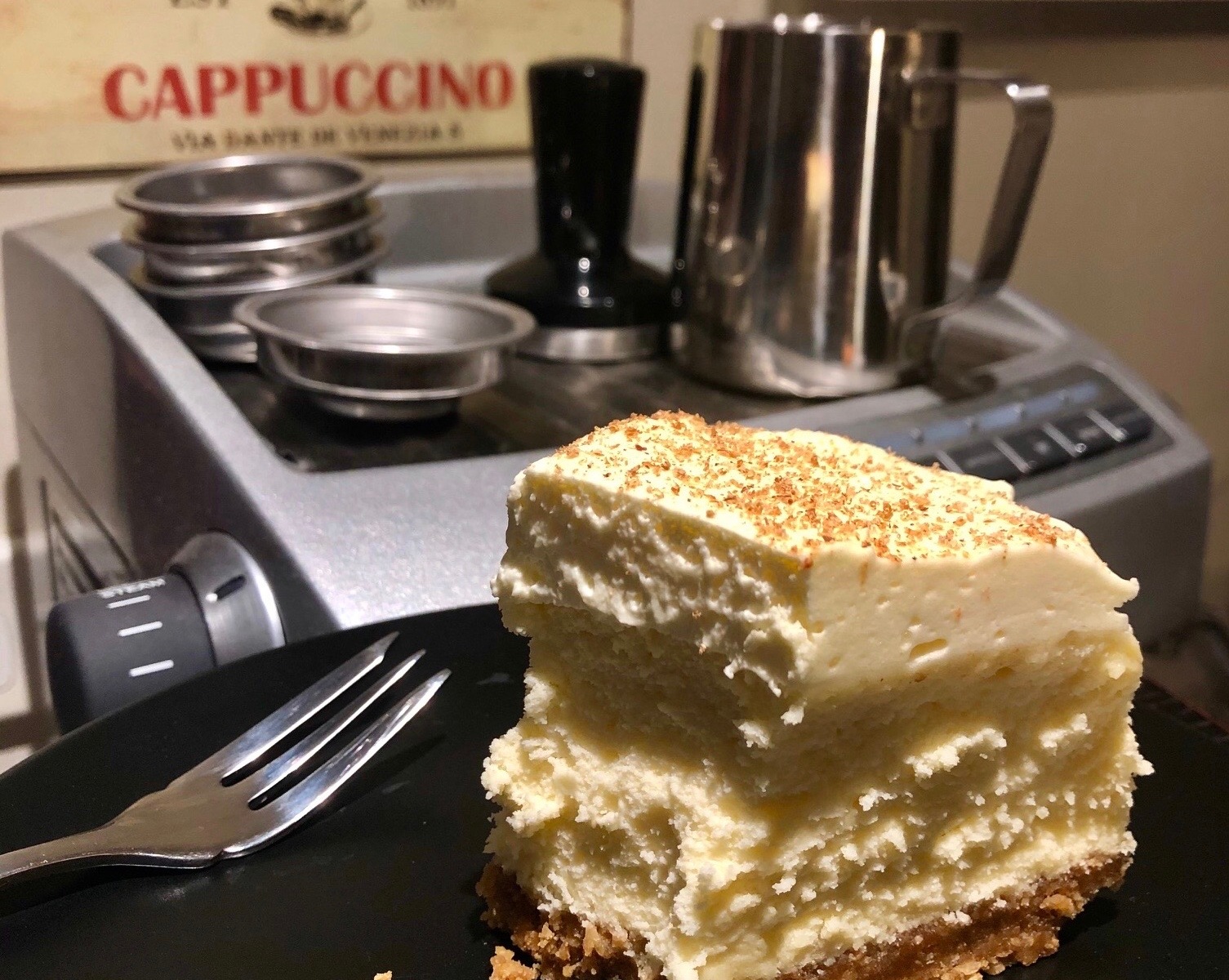 An original recipe by Rod Benson

I’ve been making variations of this recipe for many years, and it’s probably the dish I’m best known for among family and friends who’ve shouldered the burden of eating a range of my kitchen creations.

The perfect cheesecake should be rich and light, decadent but enticingly fluffy in texture. I reckon this recipe meets the brief in bucketloads. Try it, and tell me what you think.

My recipe has a bit of a history. It started when I stumbled across a feature in the Australian women’s magazine New Idea (in the days before it collapsed into a vortex of irredeemably trashy and salacious click bait). I remembered enjoying an occasional New York cheesecake at cafes and restaurants, and there on page 76 of the 21 November 1987 issue of New Idea, at no. 6 in a list of ten cheesecake recipes, was the “Bistro cheesecake.” I was hooked.

I still have a copy of that recipe, but over many successive cooks I’ve honed and adapted the original recipe into something else. I used to make it every six months or so, following the pencilled changes I had made to the original recipe, and then less often as other culinary challenges and opportunities arose. Then in early 2017, my mother died, and my dad gave me some of her cookbooks.

One of those cookbooks was a recipe scrapbook mum had made using an old oil company diary she had received as a gift from her brother. I slowly turned the pages, filled with cut-out recipes from newspapers and magazines, many others scrawled in her own hand, and the occasional typed recipe from a friend. There was no system, just whatever mum had discovered and wanted to keep for the future.

Two of her hand-written recipes especially stood out, because they were copies of my own recipes. One was a meat loaf recipe, the other my bistro cheesecake, the one from New Idea. Here’s a photo of the entry in my mother’s scrapbook for the week commencing March 24:

As I said, the recipe I use today shares little similarity with the 1987 one. I’ve elevated it, as they say on Masterchef. Here’s the 2020 version, in honour of my late mum. Enjoy!

For the base, crumb the biscuits in a food processor and place in a large bowl. You can use other biscuits or combinations of biscuit, but I like the flavour and textural balance of wheatmeal and ginger biscuits.

To make a gluten-free cheesecake, I suggest using Arnott’s rice cookies instead of those listed above, and be sure to use gluten-free (not wheaten) cornflour in the filling. 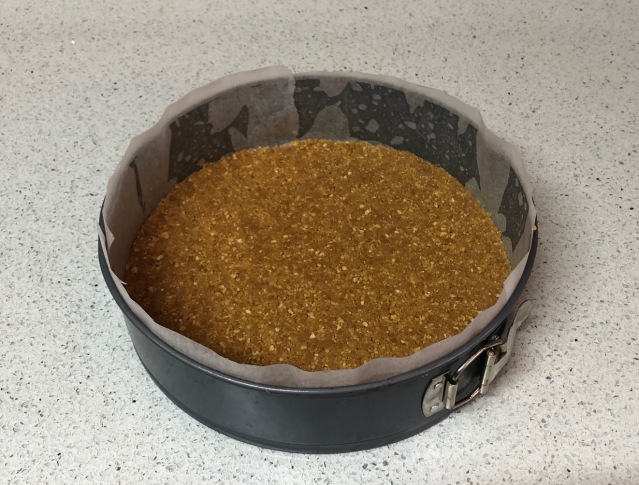 Add the melted butter and caster sugar to the crumb and mix until evenly combined. Press into the bottom of a greased and lined 25cm springform pan. You can use a 23cm pan if you wish (if you do, fill until just below the rim), but I like the boldness of the larger slices. Bake for 10 minutes, then remove from the oven to cool. Grease the sides of the pan with a little melted butter (I also line the sides with baking paper, but you don’t have to).

For the filling, place the lemon zest and vodka in a small saucepan and heat to a simmer, then remove from heat and set aside to extract the oils. Alternatively, and especially if you don’t want to use vodka, place the zest and about a dessert spoon of the caster sugar in a mortar and pestle, and crush to extract the oils, and add the mixture to the bowl with the caster sugar (see next paragraph).

Beat the softened cream cheese in a stand mixer fitted with the paddle attachment until light and fluffy. Add the caster sugar a little at a time, beating well between each addition, and scraping the sides and bottom of the bowl to ensure an even mix.

Add the cornflour, lemon juice and vanilla extract, continuing to beat on high speed. Drain the zest liquid and add to the bowl. Discard the remaining zest.

Reduce speed and add the eggs, one at a time, and the yolk, scraping down the bowl after each addition. Add the sour cream and beat at high speed until completely mixed.

Pour the mixture into the springform pan and bake in the oven for 10 minutes. Reduce the oven temperature to 100°C and bake for 1 hour.

Turn off the oven and allow the cake to cool in the oven with the door closed. It should be evenly smooth and pale, with no cracks, and soft like marshmallow when gently pressed. Remove from oven and chill for 3 hours or overnight. Chilling will firm it up. 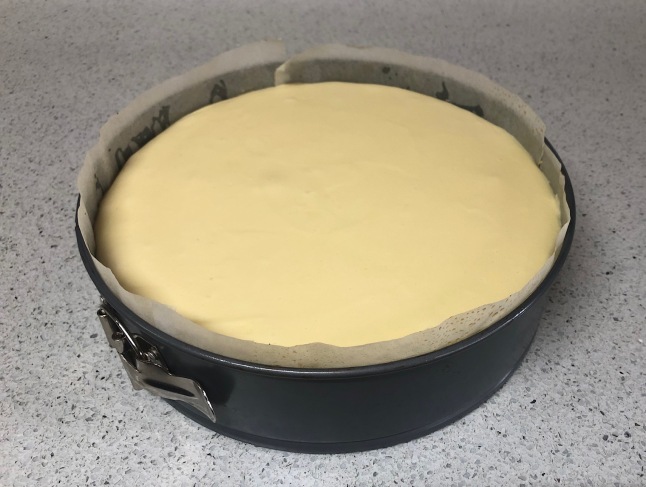 For the topping, combine all ingredients except the nutmeg in the cleaned bowl of the stand mixer, and whisk until firm peaks form. Spread over the top of the chilled cheesecake using an offset spatula.

If you wish, you can add cream to the sides, but I like the rustic look of the bare sides. Finely grate nutmeg liberally on top of the cream. Slice and serve.